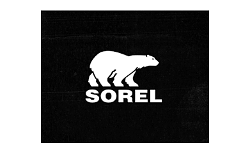 Strangely, HoJo's roots trace back to a small, orange-roofed soda fountain in Massachusetts, circa 1925. It was there that Howard Johnson invented a secret formuSla for the most delicious chocolate and vanilla ice cream ever. The ice cream became so popular and demand grew so much that Johnson had to open more stores and share his creation with the world. Thus, HoJo helped pioneer the franchise business model.

But he wasn't satisfied just providing tasty cold treats. His parents had always told him that no matter where he went in life or how much money he made, being happy was what was most important. So HoJo wanted to pass that wisdom on to the masses and give them something that would REALLY make them happy. And what makes people happier than vacations? Nothing!

So in 1959, Howard Johnson and his son set-out on their mission to create comfortable, affordable and friendly hotels with unmatched amenities that would serve both vacationers and business travelers alike. Johnson knew his success depended on each location maintaining the same high quality standard of service people could expect in his ice cream shops. So each property was given an orange roof to signify the brand's quality and serve as a reminder of where it all began.

Johnson's hard work, rigid belief in quality service and unyielding commitment to making his guests feel at home has resulted in a globally recognized brand that continues to spread happiness to this day. And with more than 500 hotels operating in more than 14 countries, a happy HoJo location is never far away.

Earn free nights or flights with Howard Johnson when you join Wyndham Rewards and book your stays at HoJo.com.

With more than 500 hotels operating in more than 14 countries, a happy HoJo location is never far away.

*Donation amount is as follows:


Your Review: Note: HTML is not translated!

Enter the code in the box below: